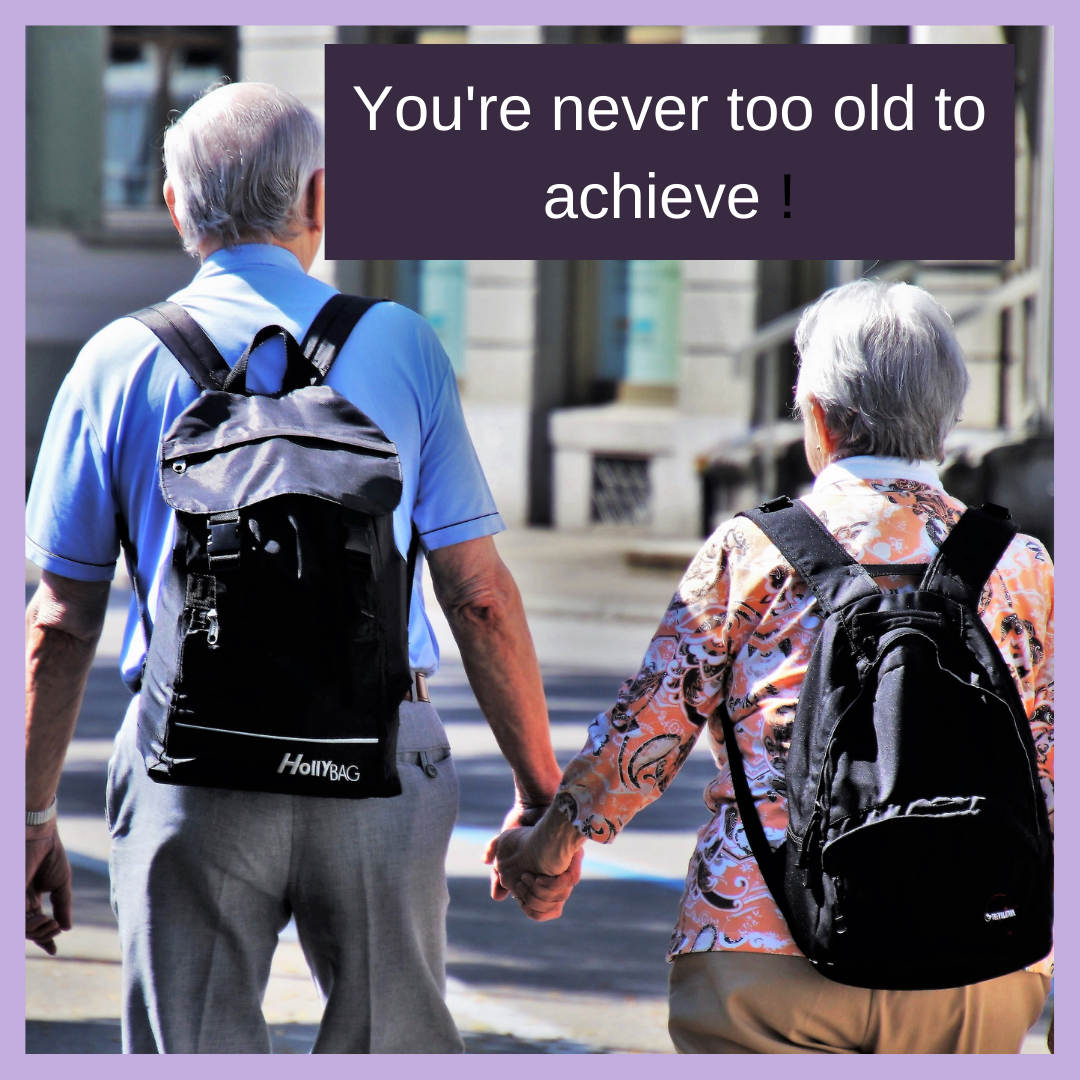 Inspirational stories of the elderly

In the guiness book of world records Lieutenant James Collin Warren got his pilot license at 87 years old after a lifetime of service in the Air Force. He served in three wars as a navigator and a revered member of the first African American military aviators in the united states armed forces. He retired in 1978 but still got involved in programs to help encourage children to get involved in flying. He settled down in his 80's and that's when he decided to achieve this life long goal of his. He brought an airplane and recieved his Federal Aviation Administration certificate.

Anne Mary Robertson, better known as Grandma Moses, didn't try to paint until her late 70's, she spent her life as a farm wife and mother that sold homemade food to support her family. she drew inspiration from life on the farm and as a hobby she would work on needlework and quilts. When arthritis made it too difficult to continue with embriodery she decided to try painting farm scenes instead, she was self-taught and used supplies from around the house. After a New York collector stumbled upon her work she gained massive popularity and her work was exhibited across the world.

On October 29th 1998, John Glenn became the oldest person to travel to outer space, he was aboard the space shuttle orbiter Discovery for a research mission, and he participated in a series of tests on the aging process. He had been to outer space before in 1962, John found his passion early on in life and worked on it continuously, staying a vocal supporter of the space program even after his retirement and in 2012 he recieved the Presidental Medal of Freedom.

Not only does she hold the record for oldest woman to complete a Marathon at the age of 92 years old, she also broke the record 2 years later she broke a new record by becoming the oldest woman to complete a half-marathon! Harriet didn’t start running until she was in her 50’s and didn’t participate in a marathon until she was 76, proving that it is never too late to try something new. As a two-time cancer survivor, Harriette motivated herself by running for a cause. Her efforts helped to raise over $100,000 for cancer research.

One of the most popular series of all time was not published until the author was 62 years old. J.R.R. Tolkien received his degree in Anglo-Saxon and Germanic languages and classic literature from the University of Oxford, and he continued studying linguistics throughout his career as a professor. At the age of 45, he published The Hobbit, which became an instant success and his publicist asked him to write more. J.R.R. spent the next 20 years working on the sequel series, The Lord of the Rings. In 1954, five years before he go into retirement, J.R.R. released the first of the trilogy series that became global bestsellers and were eventually adapted into award-winning movies.

I hope you enjoyed reading these inspirational stories, please remember to join our newsletter so we can keep you updated with our gift hampers and any updates!