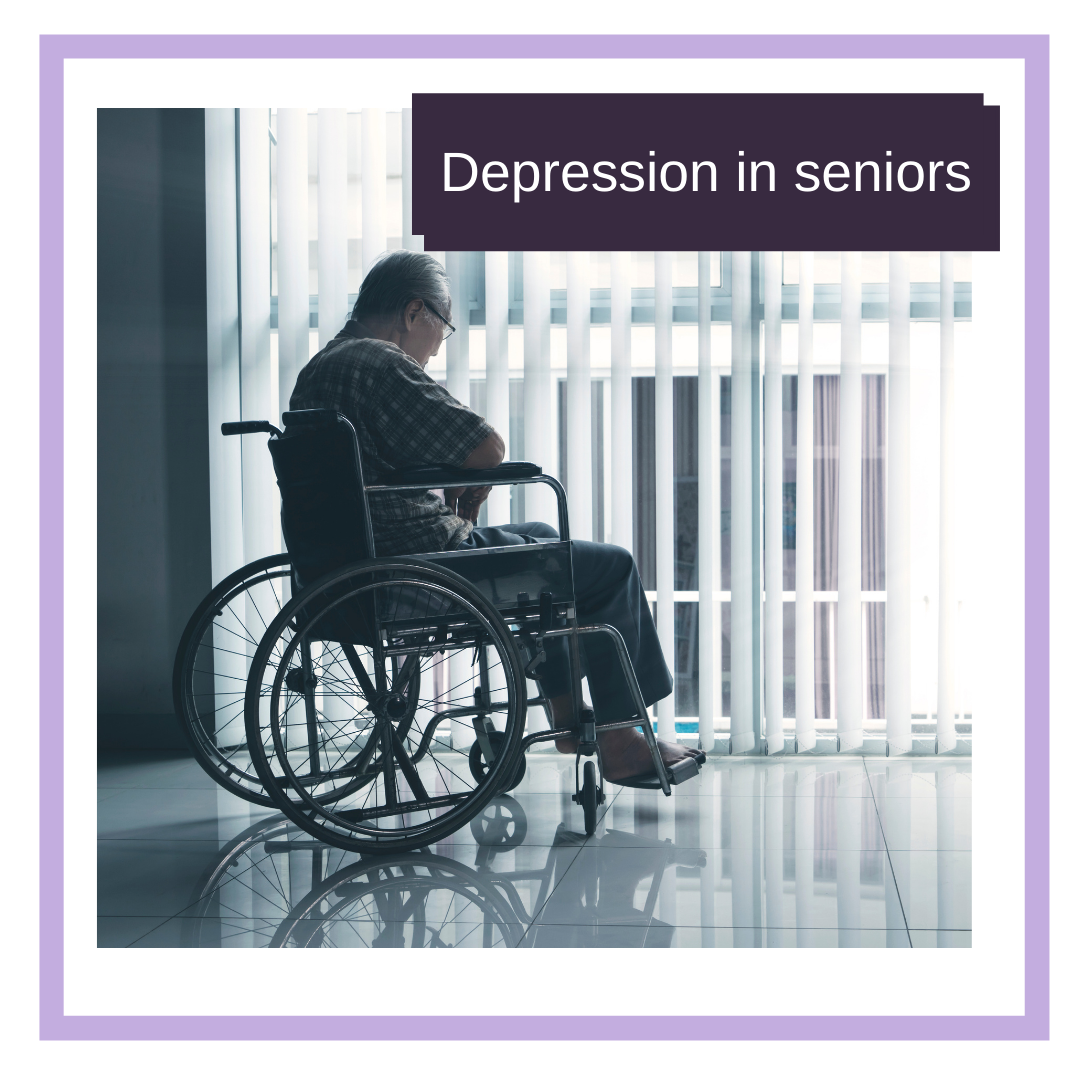 It is estimated that 11.5% of older hospital patients suffer from depression because symptoms are often overlooked as they coincide with other later in life difficulties. Symptoms for it in elderly people can be that they're isolating themselves from everyone, extreme weight loss or over eating, abandoning hobbies, negative thoughts, feeling sad consistently, fatigue and difficulty sleeping. If you feel like a loved one has depression - regardless of age - try talking to them about it, explain to them that they can get help if they want it and support them in their decision. I think because depression and mental health is considered a "new" thing now we talk about it more people often forget that elderly people can still be effected by it and just simply not know it because they grew up around a time when mental health was taboo and something to be ashamed of if you had a disorder or condition.